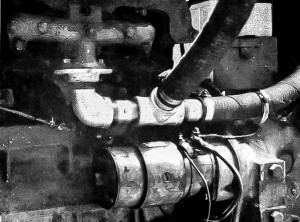 Fuel gas, produced by the reduction of coal and peat, was used for heating, as early as 1840 in Europe, and by 1884 it had been adapted to fuel engines in England.  Before 1940, gas generator units were a familiar, but not extensively utilized, technology. However, petroleum shortages during World War II led to widespread gas generator applications in the transportation industries of Western Europe. (Charcoal-burning taxis, a related application, were still common in Korea as late as 1970.) The United States, never faced with such prolonged or severe oil shortages, has lagged far behind Europe and the Orient in familiarity with and application of this technology; however, a catastrophe could so severely disrupt the supply of petroleum in this country that this technology might be critical in meeting the energy needs of some essential economic activities, such as the production and distribution of food. (...read more) 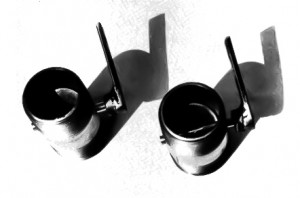 All internal combustion engines actually run on vapor, not liquid. The liquid fuels used in gasoline engines are vaporized before they enter the combustion chamber above the pistons. In diesel engines, the fuel is sprayed into the combustion chamber as fine droplets which burn as they vaporize. The purpose of a gasifier, then, is to transform solid fuels into gaseous ones and to keep the gas free of harmful constituents. A gas generator unit is, simultaneously, an energy converter and a filter. In these twin tasks lie its advantages and its difficulties.

The first question many people ask about gasifiers is, "Where does the combustible gas come from?" Light a wooden match; hold it in a horizontal position; and notice that while the wood becomes charcoal, it is not actually burning but is releasing a gas that (...read more) 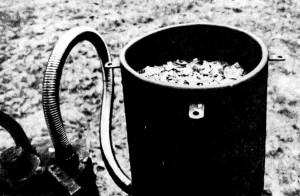 The use of wood to provide heat is as old as mankind; but by burning the wood we only utilize about one-third of its energy. Two-thirds is lost into the environment with the smoke. Gasification is a method of collecting the smoke and its combustible components.

Making a combustible gas from coal and wood began around 1790 in Europe. Such manufactured gas was used for street lights and was piped into houses for heating, lighting, and cooking. Factories used it for steam boilers, and farmers operated their machinery on wood gas and coal gas. After the discovery of large petroleum reserves in Pennsylvania in 1859, the entire world changed to oil-a cheaper and more convenient fuel. Thousands of gas works all over the world were eventually dismantled.

(...read more)
More Projects From Around the Web:

From my limited research, Wayne Keith appears to be the man when it comes to understanding and utilizing gasification in vehicles. In this video Mr. Keith explains a bit of the science of running on product gas.

After six years of experimentation Gary Gilmore shares with the world what he has learned about wood gasification. This system is modeled from the 1940′s Swedish gasifiers. He does a great job of explaining the system. Additionally Gary shares some of the various fuels and fuel mixtures that he uses to run his gasifier. Thanks […]

Joshuaburks appears to have built a successful FEMA gasifier. The following video is one in a series of videos where he builds and tests his gasifier. Useful information and inspiration

This gentleman seems to be having some success with a simple, inexpensive pvc filter system. He has more current videos, of a much more refined Imbert Downdraft Gasifier on his youtube channel. However, I am posting this video b/c I love the excitement as he discovers how well the filter works. Check out the pure, […]

While certainly not the first gasifier video that I had found, this was the first one that I had found that referenced the FEMA study/documentation that this site is all about.   The final product was a very nice looking unit. Well built and I love the paint color.  Kudos! With my limited knowledge, at this […]